On the longest day of the year, June 21, 2019, the REGATRON anniversary celebration took place in very pleasant summer weather.

In the early afternoon, after the opening speech in the new factory building of REGATRON, we were brought in style in old postbuses to Arbon, where we visited the Möhl Cider Museum. After an entertaining visit to the museum and a tasting of various apple juice drinks, the journey continued through the scenic Canton of Thurgau to Romanshorn.

In the port of Romanshorn, the nicely renovated motor ship "MS SAENTIS" was waiting for us. This was followed by an extended trip on Lake Constance with an aperitif, festive dinner and humorous entertainment by a magician and a comedian.

The speeches of the Chairman and CEO drew our attention from the present to the past fifty years and the future of the company.

After we had arrived in the port of Rorschach at dusk, many employees let the anniversary day end in the nearby brewery "Kornhausbräu". Several former employees who retired after working at REGATRON were also present at the anniversary celebration and participated in a tour of the company prior to the excursion. 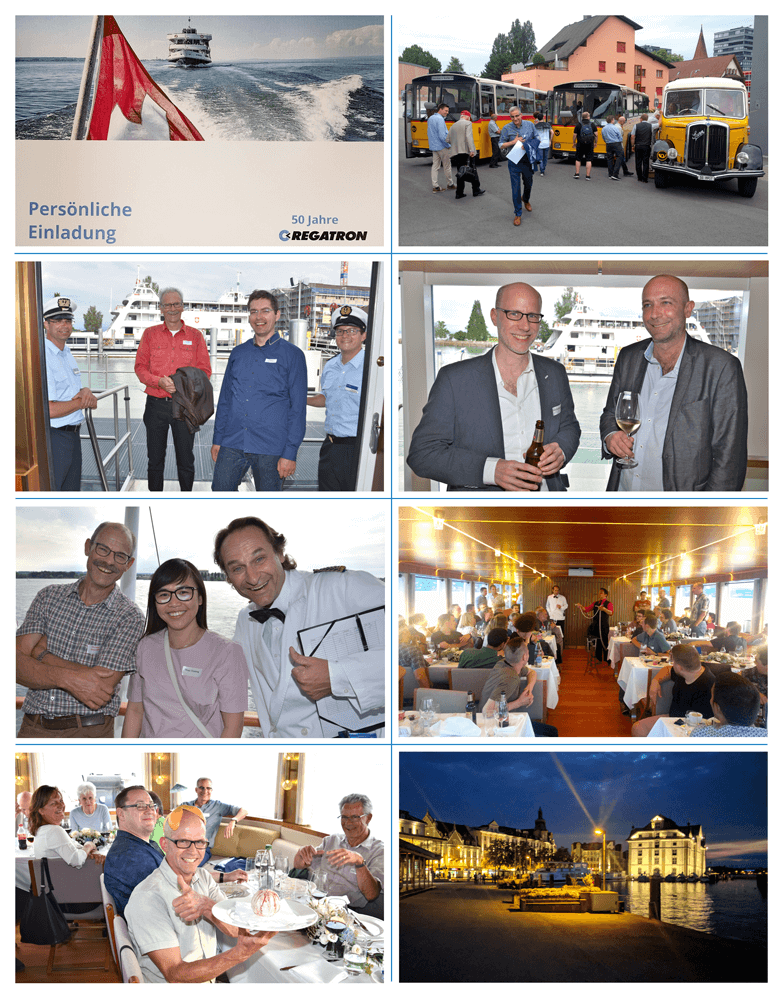 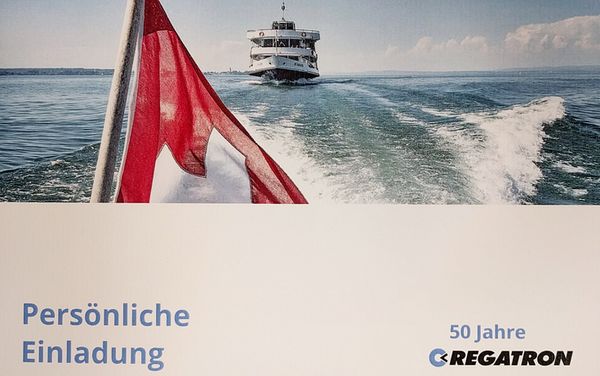